One of the major benefits to living in Charlottetown is the abundance of local artisans proudly toiling away at their life’s dream. This past week, I had the great opportunity to get a sneak peek into the makings of hand made soap at Moonsnail Soapworks. Just a stone’s throw away from the Charlottetown harbour along Water Street, this welcoming little store with a fascinating name is hiding one of the coolest things I’ve seen in a while. Hand made soap.

I met with Angela over lunch and she gave me the run-down on how hand made soap is made, PEI style. She calls herself a Soaprite (soapwrite…soapright…I didn’t ask the spelling, but it’s the sound I’m after) and for obvious reasons, she works with soap. One of the most interesting things about Moonsnail’s soap is that it’s only made with natural ingredients. That’s how they started out in 1995 at the Charlottetown Farmers Market, and that’s how they still make all of their 30,000 hand made and hand cut bars every year.

The month of March in Charlottetown means winter and cold, which was good for my visit because the winter months are Moonsnail’s peak production months as there is less humidity in the air than the summertime. Angela had soap in various stages for me to see and to learn how it progresses from one step to another. The first soap making process takes place using pots, water, their natural ingredients, essential oils and some hard work.

Ingredients are mixed together which produces a large amount of heat. As the heated soap mixes and connects with the cooler sides of the mixing pot, it begins to slightly harden. The more Angela stirs, the more soap hardens in the pot. The soap is then poured into large square forms and is left to set.

Once these forms are removed, what is left is a large cube of soap. At this point, it’s a little too big for your bathroom sink or shower, so it must be cut to the proper size. Using two sets of soap cutters that were originally made when the company started (and are still used today), Angela climbs up on her stool and applies her weight to the top of the cutter. First one side, then the next. After the first cutter is used, she puts those pieces of soap through a smaller cutter that lops them to the last soap bar size.

Once the bars of soap are cut to size they have to sit and cure for two months before they can be sold. This aging process dries out the soap, which in turn allows it to last longer in your soap dish! The soap is kept in organized drying drawers that are on full display for everyone to see. I was surprised to see how many scents and natural ingredients are used in the various types of soap. The one that caught my eye was the PEI Sand Scrub soap bars because they actually use red sand from Victoria Beach in PEI mixed in the soap. How cool is that? Not only will it clean your skin, but it has natural exfoliation! Ha! Listen to me acting like I know what I’m talking about!

It was clear from our introduction that Angela is very passionate about her work and proud to be providing quality products made locally, right here on PEI. It’s great to see how local stores like Moonsnail Soapworks are opening their doors, not only to sell their wares, but to show and teach visitors what goes into making them. When I walked out of this store, not only did I leave with a new bar of soap (actually four new bars), I left with a great story and the feeling that I learned something new.

That was the great thing about this place. It’s more than just a store. It’s a place to explore and learn new things. If you’re the curious type and want to learn more about it, they offer studio tours on an ad-hoc basis, so just stop in and see soap making in action. It’s pretty cool. 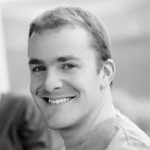 Ivan is an avid travel schemer and dreamer who won't rest until he has reached his goal of traveling the world. Born and raised on Prince Edward Island, living with his family, he enjoys the outdoors, adventure, and anything travel. Ivan writes his own travel blog NoBoardingPass.