Prince Edward Island is most known for its beautiful mile long sandy beaches, pristine golf courses and a particularly stubborn red headed girl of Avonlea, but our Island also has some interesting natural occurrences that many don’t know about and if you are lucky you just might stumble upon a few of them on your PEI 2014 vacation.

Something many people don’t know about (even the locals) is that Prince Edward Island is a good place in Canada to experience the Northern Lights. Given our smaller population and very little light pollution… you might say we have an exclusive front row seat to these natural light shows. To catch a glimpse of the beautiful events, head to a rural area where there is little light from the cities. You will see many Northern lights photos appearing along the Northern Coast of Prince Edward Island. Some noteworthy photos have come from Covehead Harbour and Cavendish Beach.  But have your camera ready with a fast lens, increasing your exposure will brighten the colors like this photo. (Photo by Stephen DesRoches Photography)

The red cliffs along Prince Edward Island’s coast are a sight to see all on their own, but there is one rock on PEI’s North Shore in the Darnley area that stands out, known as Tea Cup Rock. You can reach the Tea Cup rock for a great photo op by walking along the beach or paddling in your kayak if you’re feeling adventurous!  Just a few kilometres from Twin Shores Campground, this sea stack boasts its best views in the morning when the water is calm. (Photo by Stephen DesRoches Photography)

Irish moss was once a booming industry for Prince Edward Island beginning in the 1930’s, and is something you can even catch a glimpse of today. Irish moss is farmed mostly in the Western part of Prince Edward Island and once and a while you can see it harvested much like it was in the old days. Farmers would harvest the moss using horse-drawn rakes to sweep the moss along the shoreline. Today, most of the harvesting is done by boat, but from time to time you can see farmers and their horses sweeping along the shoreline after a storm. Currently, over half of the worlds Irish moss still comes from PEI! Curious about what Irish moss is used for, you may be surprised to learn its in many items around your home. (Photo by Claudine Lamothe)

Along the Points East Coastal Drive, in the small town of Souris, sits the famous Basin Head beach. Of all the beaches on Prince Edward Island, there is one thing in particular about the sand at this beach that is different from all the rest. It sings! Well… it doesn’t LITERALLY sing… but you can catch my drift (pun intended), the squeaking noises that happen when you run your feet through the sand are a phenomena that scientists don’t fully understand yet.  Studies show that squeaking sand happens because the sand is very rounded and circular. Whatever the reason, you have to hear it to believe it and this beach is a must visit voted the number one beach in Canada last year by Vacay.ca with some of the warmest waters north of Florida. (Photo by Ginger Starlette) 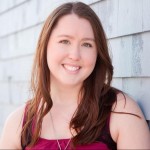 Sarah was born and raised on Prince Edward Island and grew up in a family that loves and breathes travel. So naturally, you can expect her downtime to be spent exploring that back dirt roads of PEI looking for the next great picture, relaxing along Lakeside beach, or taking in the adventure of local attractions like kayaking. Sarah is a recent 2014 graduate of University of Prince Edward Island with an Honour's degree in Business Administration.