Romantics have no trouble finding what they’re looking for along the North Cape Coastal Drive, dubbed the Canadian Oyster Coast. It’s easy to fall in love with the windswept beaches, red dirt roads, and generations of families making a living off the land and sea. There’s no end of sensory surprise in store “Up West,” as my husband, Terry, and I discovered.

We drive past flowering-purple potato fields – their sweet smell filters through the car – to the small community of East Bideford, home to the world class Malpeque Oysters. Terry and I are here to tour and sample this succulent seafood with Hardy Leslie and Sons.

Leslie Hardy and his family own a shellfish and oyster farm, and their oysters can be found in wholesalers, fine restaurants and bars throughout Canada or exported to the USA and other international markets.

We are on Leslie and Shirley Hardy’s new tour called, “Oyster Fun à la Hardy!” On arrival, Terry and I are greeted by John Martin and introduced to members of the charismatic Hardy family. They are all busy working, but briefly stop to give us the warmest welcome.

Leslie and Shirley have eight children. They’re also great-grandparents. Leslie bought the family-run farm from one of his brothers when it was passed down from their father. And this is more than just a business for them – it’s a way of life.

Family and friends work harmoniously cleaning, washing, sorting and processing the shellfish. There’s a lot of work to do because PEI leads Canada in the production of oysters (and potatoes). John tells us the clean water enables the perfect growing environment for healthy oysters.

“The water in this area is extremely clean. There are no farms or slopes (pesticides or pollution) that could jeopardize the quality. The land is very flat, so you don’t get a lot of run off when it rains.”

It takes at least four or five years for an oyster to reach market size (about three inches), and the growth depends on, among other things, water temperature, currents, light, predators and food supply.

“They clean the oysters and wash off bacteria (starfish, crabs, sponges and mussels),” explains John, as he walks with us around the farm. “Oysters can also stay outside for three days, depending on the temperature, and this will also kill off any bacteria.” Terry and I are handed fresh raw oysters to slurp and shuck. They have a silky texture and taste of the sea.

The second part of our tour is climbing onto a tractor, which takes us to a fifteen-foot dory floating in the water. The motor hums to life and we sail into Malpeque Bay. Malpeque is actually derived from the Mi’kmaq word “magpeg,” meaning “The swelled-up bay.”

We are shown collected spat (settled larva) growing in bags raised off the bottom of the bay, and introduced to more family members working on boats. The dory then sails under Lennox Bridge (built in 1973) and passes the First Nations, Lennox Island. All the time we are being handed oysters to shuck.

The dory then returns to the harbour, and we climb on the tractor and back to shore. Its afternoon by the time our tour is complete, and Terry and I are off to the small community of Northport. We are staying the night at the Northport Pier Inn, nestled by a fishing wharf.

The Pier Inn overlooks spectacular views of a harbour and lighthouse, and they offer a safe haven from the Gulf of St. Lawrence currents. The rooms on the second floor have balconies, and the rooms on the ground floor are designed for wheelchair access – and they all overlook the bay.

Terry and I have a glass of wine on our porch and gaze across the glassy bay at the magnificent Great Blue Heron feeding. In the surrounding area you can also stroll along the sandy beach or watch the fishermen at the wharf unloading Giant Bluefin Tuna.

Next to the Pier Inn is The Boat Shop – Steak and Seafood Restaurant. The restaurant is housed in an authentic boat-building shop that traces back to 1790, when one of the first vessels built on PEI was crafted in Northport.

Terry and I make a reservation for dinner at the restaurant. Our table overlooks two very large windows that gaze out across the harbour and Cascumpec Bay. There’s also the option of outdoor dining on the patio for those who want to savour the fresh ocean air and sounds of the sea.

Under the 18-foot ceilings, I order a “seafood chowder poutine,” and Terry orders the special “lobster flatbread.” It feels like the quintessential PEI experience surrounded by antique memorabilia on the aged-wooden walls. We end our delicious seafood meal with a warm blueberry bread pudding.

It’s still dark when we wake at 6am to watch the sunrise across the bay from our room at the Pier Inn. An intense pink sun rises from the ocean drawing with it all the light from the sky – changing from pink to orange to light eggshell to baby blue.

After our continental breakfast (that’s included with the room), Terry and I drive to the most northerly part of the Island – North Cape – famous for the largest natural sedimentary rock reef in North America. We build a small Inuksuk facing where the two tides from Gulf of St. Lawrence and the Northumberland meet.

This is an exposed area with strong gusts from the Gulf of St. Lawrence. Because of this, the Atlantic Wind Test Site is perched here. The 38 acre facility has wind turbines of all shapes and sizes, including an Interpretative Centre. It’s amazing to see how big a turbine is when you stand beneath one.

The final part of our Canadian Oyster Coast adventure is a visit to O’Leary to see the Canadian Potato Museum, where the World’s Largest Potato Sculpture marks the spot!

Inside the Potato Museum there’s a small eatery, where everything served – from the home cut fries, potato fudge, and chowder – involves the freshest and finest local potatoes. Terry and I try the potato ice-cream – it’s deliciously creamy and smooth.

We then explore the quaint and interesting museum. There are various pieces of old farming equipment, informational placards, and videos detailing the historical roots of the famed PEI spud. The museum really sheds light on what it takes to harvest the starchy plant, the impact it has on the economy and Islanders.

As well, there are three outbuildings – a Heritage Chapel, the Log Barn and the Little Red Schoolhouse – of local significance, including a Telephone Switchboard office. It takes us around two hours to complete the tour, and we leave with a new appreciation for the potato.

From O’Leary we drive back to Summerside – the beginning and the end of The North Cape Coastal Drive. Along the way we met many families with a deep appreciation for the land and sea and the sustenance it provides. Traditions are still strong and alive here, and there’s so much to “sea and do” that we’ll have to come again! 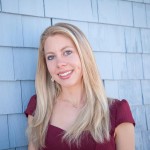